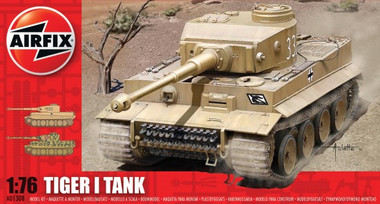 Airfix A01308 Tiger I Tank 1:76 scale model kit for Collectors and Wargamers

The Tiger I was produced from late 1942 as an answer to the formidable Soviet armour encountered in the initial months of Operation Barbarossa.  The Tiger I design gave the Wehrmacht its first tank mounting the 88mm gun.  During the course of the war, the Tiger I saw combat on all German battlefronts.