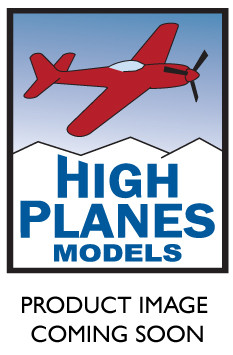 The Douglas DB7 was developed to a French Air Force requirement from an existing Dougles private venture.  The initial production was delivered to the French, but after the fall of France in 1940 the remainder were diverted to the RAF where it entered service as the Douglas Boston I.  A number of these were converted for nightfighter and intruder operations, known as the Havoc I.

The High Planes kit represents the Turbinlite variant fitted with a powerful search light.  These were used to illuminate enemy aircraft which would then be attacked by fighters.  The model includes the searchlight nose, smaller fin and rudder, short rear nacelles, flat top wing, small wheels, flatter windscreen and detail changes that were present on early aircraft. Decals are included for two RAF night fighters.