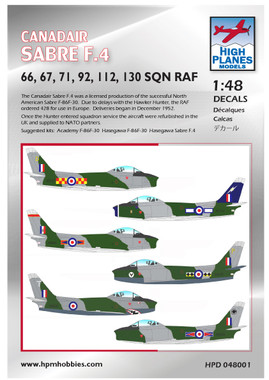 The Canadair Sabre F.4 was a licensed production of the successful North American Sabre F-86F-30. Due to delays with the Hawker Hunter ad Supermarine Swift, the RAF ordered 428 for use in Europe. Deliveries began in December 1952.
Once the Hunter entered squadron service the aircraft were refurbished in the UK and supplied to NATO partners.