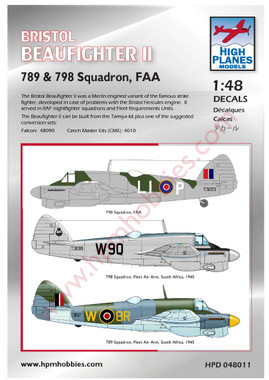 The Royal Navy Fleet Air Arm received 99 Beaufighter IIs, and used them in at least 10 Fleet Requirements Units. The majority went to RNARY Wigfield, South Africa; RNARY Coimbate, Gibralter; and to Ta Kali, in the Far East. They seem to have been used for various second line tasks, such as convoy escort- both ship and aircraft, weather reporting and general tasks in support of the fleet.