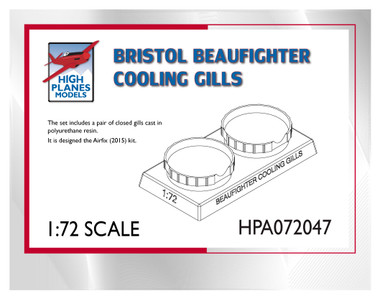 The Bristol Beaufighter cowls had prominent cooling gills on the trailing edge.  These were opened when the aircraft engines were running at high power, but closed at other times.  The gills has a distinctive overlap where they touched each other.

The set includes a pair of cowl gills in the closed position in polyurethane resin and is designed for the Airfix (2015) kit.