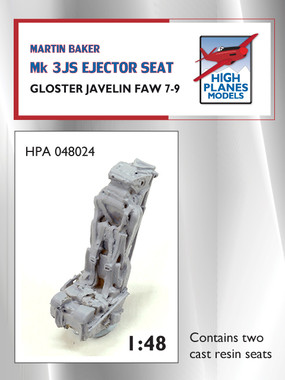 The Gloster Javelin was deisgned from the start to be fitted with ejector seats.  The prototype and early versions were equipped with the Martin Baker Mk2, while the later marks had the Mark 3JS.  The Mark 3JS looks significantly different to most other Mark 3 models.  It was used on the FAW 9 as kitted by Airfix