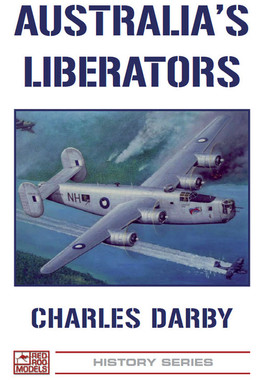 Australia's Liberators
History of the B-24 Liberators that operated from Australia or were supported by Australian-based units, beginning with the seconded USAAF units (the first time ever that front-line U S Army combat aircraft had been assigned to the operational control of a foreign power), the formation of 7OTU with its outstanding safety record and the RAAF Liberator squadrons and special-duties flights, and the top-secret electronic countermeasures operations of 'Section 22' where the chain of command required that even low-ranking enlisted radar specialists from several Allied nations were only three reporting steps away from the U S Army Chief of Staff General George C. Marshall in Washington.
Some 224 printed pages, many photos not previously published, colour profiles, and full of historical data. This is the first time the role of electronic warfare Liberators supported from Australia has been examined in detail, with examples of their radar countermeasures systems, surface-search and bombing radars, and IFF equipment in the author’s collection having been photographed for the book. Enthusiasts and modellers alike will find a wealth of information within this book.
Publisher:  Red Roo Models
Pages:  224