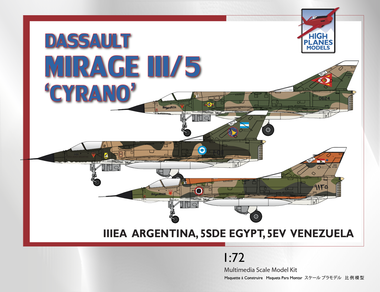 The initial IIIC was improved with a new engine, the ATAR 9C, extra avionics and the Cyrano II radar to make the IIIE.  Later the Mirage IIIE was developed into the Mirage 5 in collaboration with Israel.  This version removed the avionics from the bay behind the cockpit and added extra hard points.  The old avionics bay was used for extra fuel storage.  The Mirage 5 went into service as the Nesher in Israel and 5J in France.