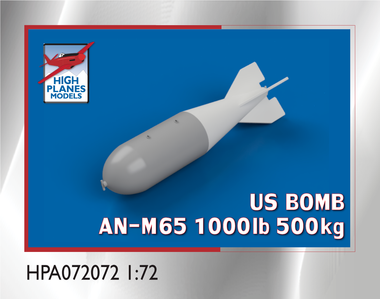 In the 1950s, the US began modifying the wartime general purpose bombs with a more streamlined conical tail. These entered into service in the immediate post-war period, and used by both the USAF and USN. They were used in Korea and the early stages of Vietnam.

The attachment points were on the body so carriage was unchanged from the WWII practise.

The US also supplied them to many allies, and there appears to have been local production. In French and Israeli use, they were referred to by the closest kilogram class. The AN-M65A1 1000lb was known as 500kg. .